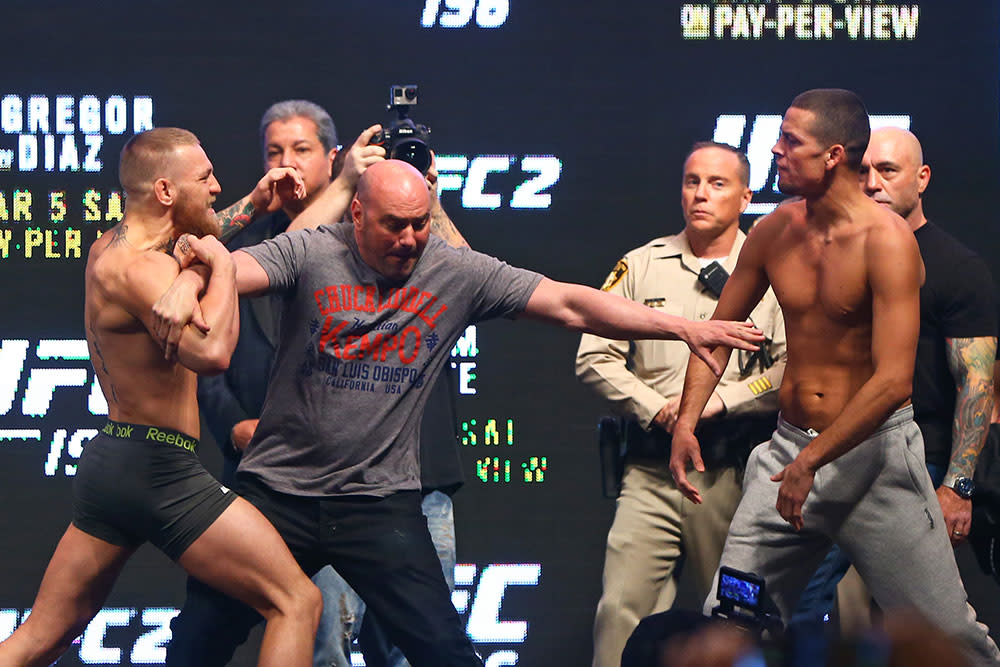 Conor McGregor and Nate Diaz are back at it once again.

The two MMA stars are when again feuding on social media, running receipts past every other in the most recent chapter of their storied on the net drama.

The feud was reignited on early Wednesday morning right after McGregor tweeted a picture of the two struggling with off prior to their next struggle at UFC 202 in 2016, captioning it, “Now increase 30lb of muscle mass on to me and say ‘ding, ding’ in Dublin accent.”

The article did not sit well with Diaz, who fired back again questioning his motive to trash converse, as the Irishman is out of competitiveness recovering from a leg harm sustained in his past bout from Dustin Poirier at UFC 264 back again in July. McGregor misplaced to Poirier through technical knockout by way of doctor’s stoppage.

From there the back-and-forth went on with the two attacking each other on the net.

Both of those McGregor and Diaz are 1-1 in the two-battle collection. Diaz defeat McGregor in their first meeting, placing him absent with a rear-naked choke at UFC 196 in March 2016. McGregor won the next bout, outpointing Diaz in a vast majority determination.

Under is the back again-and-forth among McGregor and Diaz:

Now add 30lbs of muscle on to me and say ding ding in a Dublin accent. pic.twitter.com/ZvWN9vHvri

Bruh u can’t walk or fight right now why u talkin shit?