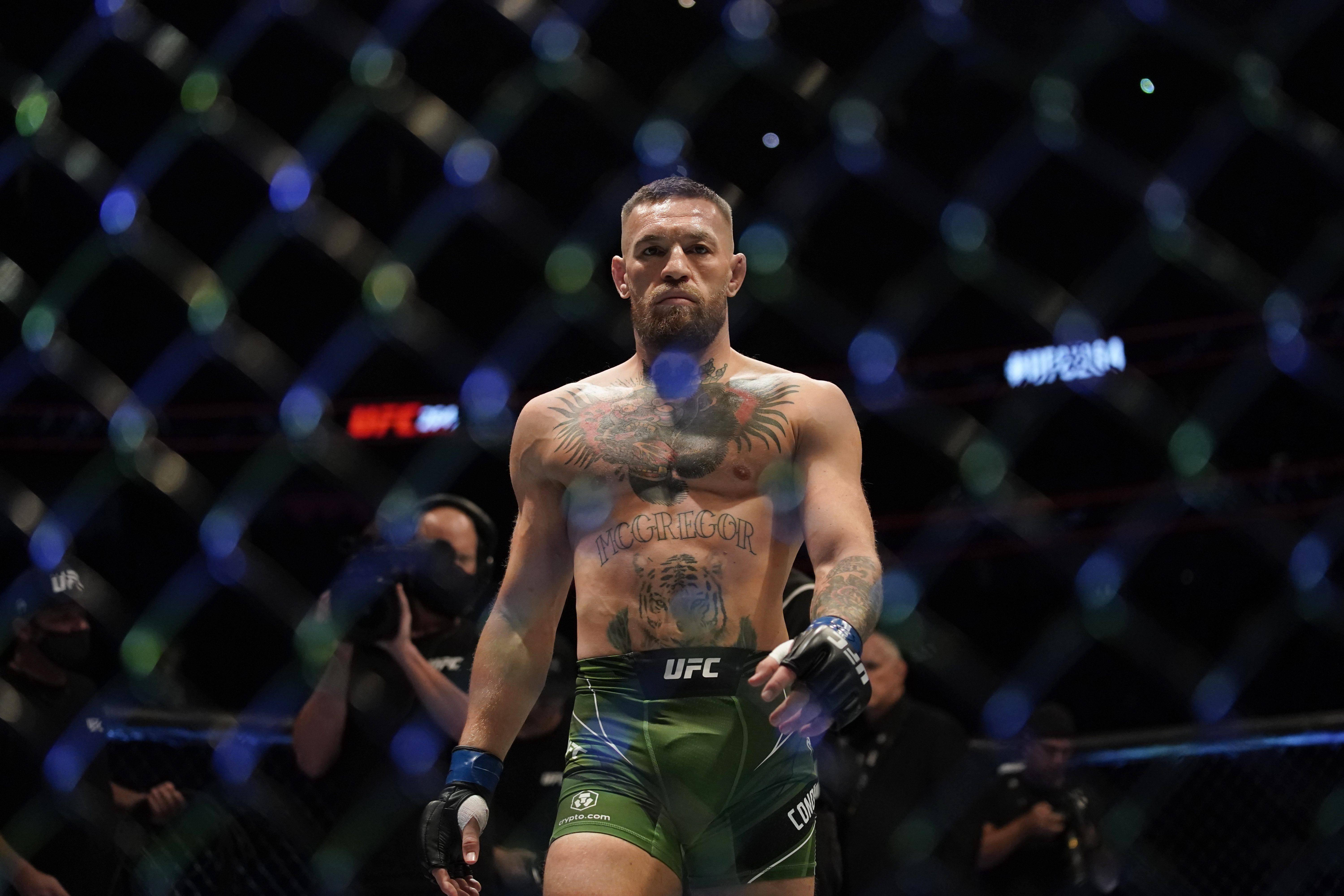 “He’d be fantastic. He is what we do. What he does is a little less predictable. Our surprises are getting people to show up at random, and trying to weave the choose-your-own-adventure to a different alley. His surprises are getting a few teeth knocked out or getting an operation. Not to say that doesn’t happen with us, mistakes happen with us. But in his profession, it’s not a mistake. It’s a certainty.”

Cena is hoping that comes to fruition.

“I hope, because I want to see it,” Cena said. “At my core, I’m a fan and he’s interesting. He has a gravity about him. I want to see him perform.”

The door appears wide open for McGregor if he ever chooses to make WWE appearances.

McGregor engaged in some banter with WWE Superstar and fellow Irishman Finn Balor last February, and Triple H interjected to let him know that McGregor was welcome.

Cena isn’t the only person who thinks McGregor would work out in WWE. Balor said so himself in a 2017 interview with Sports Illustrated.

Matt Riddle, who made the transition from MMA to WWE, feels the same way. He spoke with Riju Dasgupta of Sportskeeda last month:

“He’s Conor McGregor. The guy puts butts in seats. The guy has a mouth on him. I don’t know if he would pass the PG WWE code. But I guess he could do his best. At the end of the day, it’s like Jake Paul or any of them…I don’t know how they’re doing it but they get people talking, they’re controversial, they make money with fights and drama.

“Do I think he’d be a good fit for WWE? If he’s willing to do the work and work hard and put his time in, yeah. Just like Ronda was good. Just like I’m good. But if you think you’re just going to come in, collect a payday which will probably happen and be more like a Cain (Velasquez) situation, where a guy comes in, even if he had the skills, only comes in for a show or two. I think it’d be great for business. Conor’s good, marketable, and everything else.”

McGregor is currently rehabbing a broken leg suffered in his first-round TKO loss to Dustin Poirier at UFC 264 in July. He’s a former two-division UFC champion who previously held lightweight and featherweight titles. The 33-year-old is 22-6 as a professional.

Listen to Ring Rust Radio for all of the hot wrestling topics. Catch the latest episode in the player below (warning: some language NSFW).