The Net Worth Of Joe Biden’s Cabinet 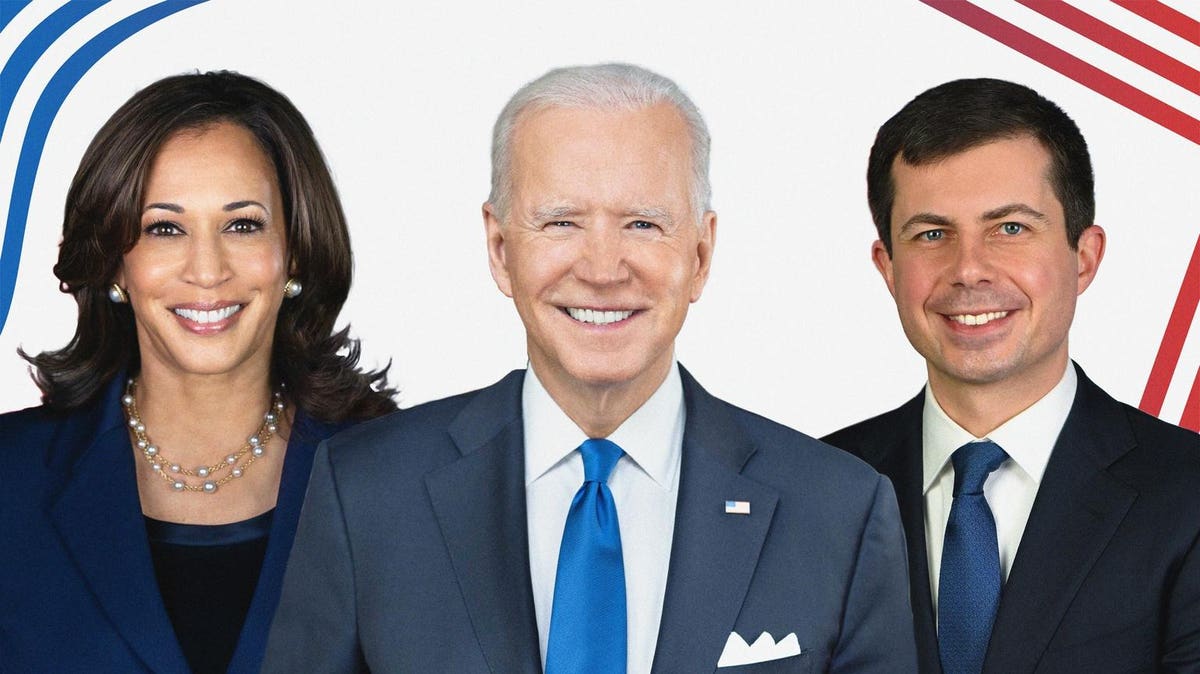 The Cabinet members are shown in order of succession to the presidency. Officials currently in gray will be updated with individual stories.

By Dan Alexander and Michela Tindera

President Biden’s Cabinet is worth a fraction of Donald Trump’s—and Barack Obama’s.

Joe Biden’s Cabinet looks rather different from Donald Trump’s, with more women, more people of color, more liberals—and a whole lot less money. It’s not that Biden’s bunch is poor, exactly. The president himself accumulated an $8 million net worth, mostly by writing a book and giving speeches since he departed the vice presidency in 2017. Vice President Kamala Harris is worth about $7 million, thanks in part to big earnings from her husband, a highly paid lawyer. All but 2 of the 15 officials alongside them are millionaires, by our count, and the group is worth $118 million overall. That’s comfortable, sure, but it’s the length of the Acela corridor (and then some) from the $6.2 billion combined net worth of Trump’s crew or the $2.8 billion fortune of Barack Obama’s second-term team.

Trump’s tycoons are gone, replaced by a new set of officials, who come with deep experience in government but less monetary success in the private sector.

Obama’s unsuccessful Supreme Court nominee has an interest in New York City real estate, apparently inherited from his in-laws, bolstering the small fortune he accumulated after working as a partner at the prestigious law firm Arnold & Porter. His most recent financial disclosure shows more than $7 million in assets like index funds, municipal bonds and cash accounts.

Secretary of the Treasury

President Trump replaced Yellen as Fed chair, simultaneously disappointing her and providing her an opportunity. In February 2018, the month that she left her post, Yellen signed on with the Washington Speakers Bureau, an agency that works with many former officials. The next year, Yellen took in about $5 million from speaking, according to a financial disclosure report she submitted to federal ethics officials. In 2020, she got another $2.2 million from speaking events. See more.

Between roles in the Obama and Biden administrations, Blinken cofounded a D.C. advisory business—and made a small fortune. His firm, WestExec Advisors, boasts on its website that it “brings the Situation Room to the boardroom.” WestExec has worked with clients such as Uber, FedEx and Blackstone. The business appears to have grown quickly. From February 2018 to October 2020, the number of team members listed on the WestExec website expanded from 19 to 38. See more.

The commerce secretary founded a venture capital firm, Point Judith Capital, in 2002. It developed into a medium-size outfit, managing about $100 million in two funds. Tudor Investment Corp., led by hedge-fund billionaire Paul Tudor Jones II, served as an investor and partner, according to a confidential presentation released through a public records request. Around 2006, the State of Rhode Island invested $5 million into one of Raimondo’s funds. That commitment eventually caused a stir after Raimondo won elections to become state treasurer in 2010, then governor in 2014. See more.

Thanks to his book deal and the speaking circuit, Biden and his wife, Jill, raked in $17.3 million over the four years he was out of office. He used some of that to buy a 4,800-square-foot seaside escape in Rehoboth Beach, Delaware, for $2.7 million in 2017. His most valuable asset, it’s now worth an estimated $3.4 million, up some 25% in four years—lifted in part by surging home values during the pandemic. After taxes, Forbes pegs Biden’s net worth at an estimated $8 million, including the beach house, a home in Wilmington, Delaware, a federal pension worth more than $1 million, plus cash and retirement accounts. See more.

After Granholm left office as governor of Michigan in 2011, she picked up a slew of board seats, became a talking head on CNN and joined the speaking circuit. From January 2019 to December 2020, Granholm reported earning at least $2 million, according to a financial disclosure report she filed before becoming energy secretary. She exercised options in electric vehicle outfit Proterra, pocketing $1.6 million, and she and her husband own two homes in California. See more.

The revolving door in Washington can be quite lucrative, as Mayorkas’ career proves. Bill Clinton, Barack Obama and Joe Biden all picked him to serve in government roles. During the George W. Bush and Donald Trump eras, however, Mayorkas worked at big law firms that pay big money. On a financial disclosure report filed in January, Mayorkas disclosed a $3.3 million partnership share from his latest gig, as well as an additional payment of more than $1 million that he was still expecting. See more.

After leaving the military, the former general turned into something of a professional board member, becoming a director of United Technologies, Nucor, Tenet Healthcare and Guest Services Inc. He also served on the advisory committee at Fidelity Investments and on the national security advisory board at Booz Allen Hamilton. The responsibilities provided Austin with consistent cash and lucrative stock awards. See more.

The son of immigrants from Mexico, Becerra made his way into the upper class through education. He got his bachelor’s and law degrees at Stanford University and soon after jumped into California politics, eventually spending 24 years in the U.S. House of Representatives. Becerra now holds a federal pension worth more than $750,000. He’s also something of a small-time landlord, with four houses in California that generate at least $60,000 in rental income a year. See more.

Born in Oakland to immigrant parents from India and Jamaica, Harris is the first Black, South Asian and female vice president of the United States. Her financial portfolio, shared with her attorney husband Douglas Emhoff, includes homes in Los Angeles and Washington, D.C., worth an estimated $5 million, two pensions from Harris’ time in California government worth $1 million, and at least $1.2 million of retirement accounts for Emhoff. See more.

Obama’s former agriculture secretary left the White House during the Trump era but made plenty of money while he was gone. He won $150,000 in the Iowa state lottery last year and used his farm, worth an estimated $2.1 million, to cash in on USDA programs.

McDonough, who served as chief of staff under Obama, made decent money outside of the White House. He earned more than $700,000 as a principal and advisor to the Markle Foundation, which has been focused on helping low-wage workers emerge from the pandemic with good jobs. He served as an executive fellow and professor at the University of Notre Dame, earning about $275,000 in 2019 and 2020. And he delivered paid speeches, hauling in another $160,000 or so over the same period.

The former mayor of Boston, Walsh joined the Cabinet with three pensions worth about $800,000 total, including two from a labor union he once led. He also owns a couple of homes in Dorchester, Massachusetts, worth about $1 million apiece before debt. See more.

Secretary of Housing and Urban Development

Much of Fudge’s portfolio is concentrated in residential real estate, fitting for a HUD secretary. She owns four homes—one in Washington, D.C., and three in the Ohio city where she once served as mayor. A member of the U.S. House of Representatives from 2008 to 2021, Fudge also holds government pensions worth about $1.1 million. See more.

Relatively broke before he ran for president, Mayor Pete earned more than $1 million in 2019 and 2020, according to our estimates, most of it from book sales. He and his husband, Chasten, who published a memoir in 2020, bought a vacation home last year in Traverse City, Michigan, for $415,000. Shortly after joining the Cabinet, the transportation secretary sold his former residence in South Bend, Indiana, for $310,000. See more.

Secretary of the Interior

The first Native American cabinet secretary overcame homelessness earlier in her life and won a New Mexico congressional seat in 2018. Her financial disclosure report is remarkably empty, showing more than $15,000 of student loans and no assets outside of a $175 annual tribal payment.

Before joining the government, all members of the Cabinet filed financial disclosure reports, which list most of their assets and liabilities in broad ranges. That provides us with a start. Using a variety of techniques, we narrow those ranges where possible. We then hunt for holdings and debts not listed on the filings, like personal real estate, mortgages and federal government pensions. Our valuations include assets owned by spouses and dependent children. For this project, we only investigated the fortunes of the 15 heads of executive departments. We did not determine the net worth of other officials whose positions have been elevated to cabinet-level posts, like the director of national intelligence, the U.S. trade representative or the U.S. ambassador to the United Nations.