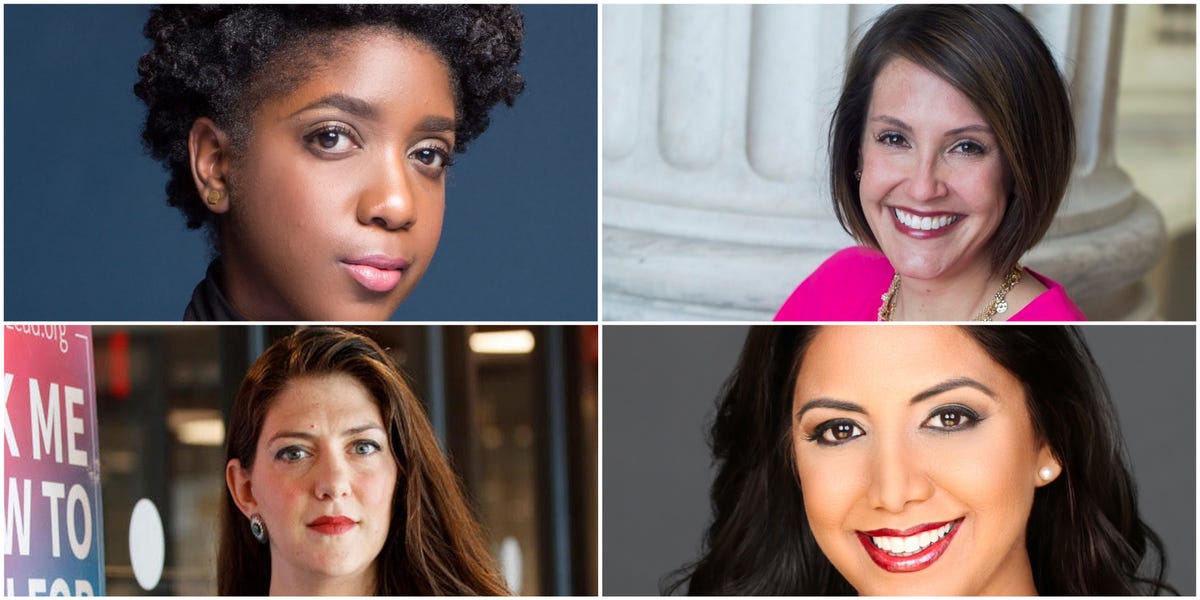 Welcome back to 10 Things in Politics. Sign up here to receive this newsletter. Send tips to [email protected] or tweet me at @BrentGriffiths.

Here’s what we’re talking about:

1. BREAKING UP THE BOYS’ CLUB: Women are making enormous strides in politics. A record number of women are serving on Capitol Hill. Records are also being broken at the state level too. Kamala Harris is the first female vice president. And both parties have now had women lead their successful campaigns to retake the White House, with Kellyanne Conway in 2016 and Jennifer O’Malley Dillon in 2020.

But for all the records, the share of women in politics continues to be far less than women’s share of the US population. Shattering more barriers will require not just more female candidates but more women throughout politics.

My colleagues took a look at some of the most notable names ahead of the 2022 midterms. Here’s a peek:

Check out our full list of 20 notable female strategists here.

2. FDA and CDC say Americans don’t need a booster shot yet: The two federal agencies said fully vaccinated Americans “do not need a booster shot at this time,” a determination that came hours after Pfizer said there was growing evidence that immunity from its COVID-19 shot waned over time, CNN reports. The drugmaker had pledged to ask the Food and Drug Administration to give emergency authorization for a booster shot in August. More on the federal government saying not so fast on a booster shot.

3. Lawmakers are going on fancy trips costing thousands of dollars — all paid for by private special-interest groups: Private groups have spent more than $172,000 on trips for members of Congress in 2021. The trips had slowed during the pandemic, and spending is one-seventeenth that of pre-COVID times. But now that it’s creeping back again, it’ll open up lawmakers to a fresh round of scrutiny and questions about money, power, and influence.

4. Assassination throws Haiti into further chaos: Though Haiti has experienced all manner of crises in its modern history — coups, US interventions, a devastating earthquake — the country hadn’t seen a presidential assassination in over a century. With President Jovenel Moïse dead, Haiti’s political future is even more up in the air. More on the two men claiming to be the prime minister now.

5. Biden defends Afghanistan withdrawal: President Joe Biden pledged that the US would formally end its military operation in the country by August, reiterating his belief that America’s longest war needed to end even as some of his own generals worry a civil war might emerge in the months to come, The New York Times reports. Biden also pushed back on criticism that the US was not assisting thousands of Afghans who helped US troops. More on Biden’s insistence that it’s “the right and the responsibility of Afghan people alone to decide their future and how they want to run their country.”

6. There will be almost no fans at the Olympics: Japan’s government has barred spectators from Tokyo-area events when the games kick off in two weeks amid continuing struggles with the COVID-19 pandemic, USA Today reports. Tokyo will be under a state of emergency, with bars and restaurants allowed to remain open but not to sell alcohol. More on how officials are making history by encouraging people to watch at home.

7. Texas’ latest voting-rights fight is about to begin: State lawmakers began a special session that will revive Republican attempts to pass voting restrictions after Democrats temporarily thwarted the measure in May. Any new law will almost certainly spark a legal fight, which is why a recent Supreme Court decision could give further support to the GOP’s efforts. More on how the high court raised the bar to prove voting discrimination.

8. The “Great American Land Rush” is wiping out the starter home: The number of starter homes on the market sits at a 50-year low, per Freddie Mac data. It’s not good news for millennials, many of whom are first-time homebuyers fueling a housing boom. More on the second housing crisis many millennials are facing.

9. Michael Avenatti was sentenced to 2 ½ years in prison: The celebrity lawyer who represented the adult-film star Stormy Daniels during her legal fight with Donald Trump was convicted of extortion last year in a shakedown plot aimed at Nike. US District Judge Paul Gardephe said Avenatti’s remorse — he cried in court — led him to impose a much shorter sentence than prosecutors sought. Gardephe called Avenatti’s conduct “outrageous” and described him as becoming “drunk on the power of his platform.”

10. You know that 10,000-steps-a-day rule? Well, it may be time to forget about it. Experts have found positive results with far fewer daily steps. More is better than less, to a point, but here’s the evidence in favor of 7,500.

Today’s trivia question: Which American city holds the unfortunate distinction of having submitted the most unsuccessful bids to host an Olympics?

That’s all for now. Have a great weekend!